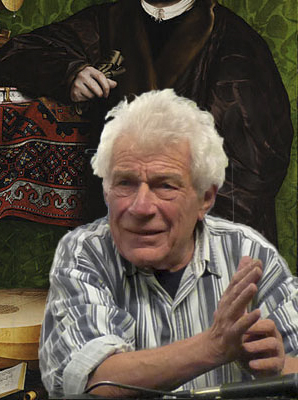 “It is our century, which is pre-eminently the century of men throughout the world claiming the right of equality, it is our own history that makes it inevitable that we can only make sense of art if we judge it by the criterion of whether or not it helps men to claim their social rights. It has nothing to do with the unchanging nature of art – if such a thing exists. It is the lives lived during the last fifty years that have now turned Michelangelo into a revolutionary artist. The hysteria with which many people today deny the present, inevitable social emphasis of art is simply due to the fact that they are denying their own time. They would like to live in a period when they’d be right.”

From the Introduction to Permanent Red (1960), republished in The Selected Essays of John Berger (2001).

Watch Ways of Seeing, the captivating four-part BBC series written and presented by John Berger that revolutionized our perceptions of art. The book of the same title based on these programs and published in 1972 is considered one of the most stimulating and influential books on art ever written.
Today, “denying” our own time has got harder. Here are some articles on how the art world is “seeing” Donald Trump’s arrival:

Prepping for the inauguration with art

What can artists do

Lessons of the election for art

Being an artist in the time of Trump

Why Trump will be good for the arts